Lägg till i din kalender

During the 20th century, a number of actors and institutions set out to develop taxonomies of the Swedish population. This thesis examines the most im­portant social classification system, the social group, which despite its great importance in administrative, scientific, commercial, political and media con­texts has received little attention in historical research. Invented by the Central Bureau of Statistics in 1911 to map voters according to their social position, the division enabled Swedes to be hierarchized under the categories of social group I, II or III. The taxonomy became a standard for a number of knowledge-producing institu­tions in their studies of the Swedish class structure: for the nascent market research companies and their assessments of consumers from the 1930s on­wards; for the polling companies’ surveys of public opinion from the 1940s onwards; and for the post-war social science research and government com­mittees’ statistical production about higher education.

The thesis analyses classification systems in use and in movement between actors and contexts. Social taxonomies are understood as difference technol­ogies: by which I mean ways of mapping and studying populations. They link populations together, quantify concepts into precise classifications and enable specific overviews of social structures – knowledge that can then be used as a basis for action and societal interventions. Moreover, the social group division was widely discussed in post-war Swedish press and mediated into images and tables. Actors within media interpreted and used it differently, and as a result, new meaning was created around it. The division was presented by some as cultural communities, while others pointed to it as evidence of a new social phase, characterised by declining class conflicts. Finally, it became the focus for meta-reflections on the societal place and impact of social divisions. Through these mediated engagements, the taxonomy became a given yet con­tested part of the Swedish public sphere. 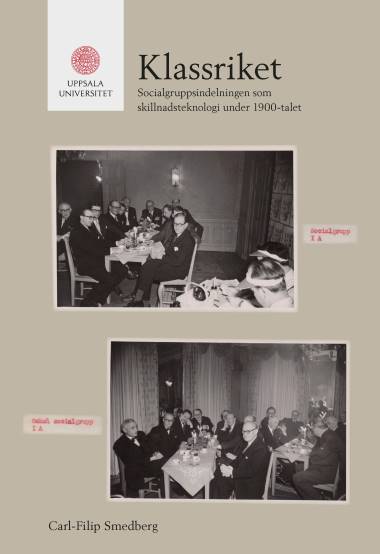